During this meetup we discussed ways to create a pomodoro timer that switches itself from working to resting. I ran this meetup a little differently from usual. I showed the finished product. Then the developers mob-programmed for 45 minutes and replicated it.

The run time on this recording is a full 30 minutes longer than any we’ve recorded in the past. I let this one roll while we finished up and tested the app.

Next week I’m doing a talk on creating a pomodoro timer for watchOS. Here’s a link to the completed code: https://github.com/Hawaii-iOS-Developer-Meetup/pomodoroWatch001 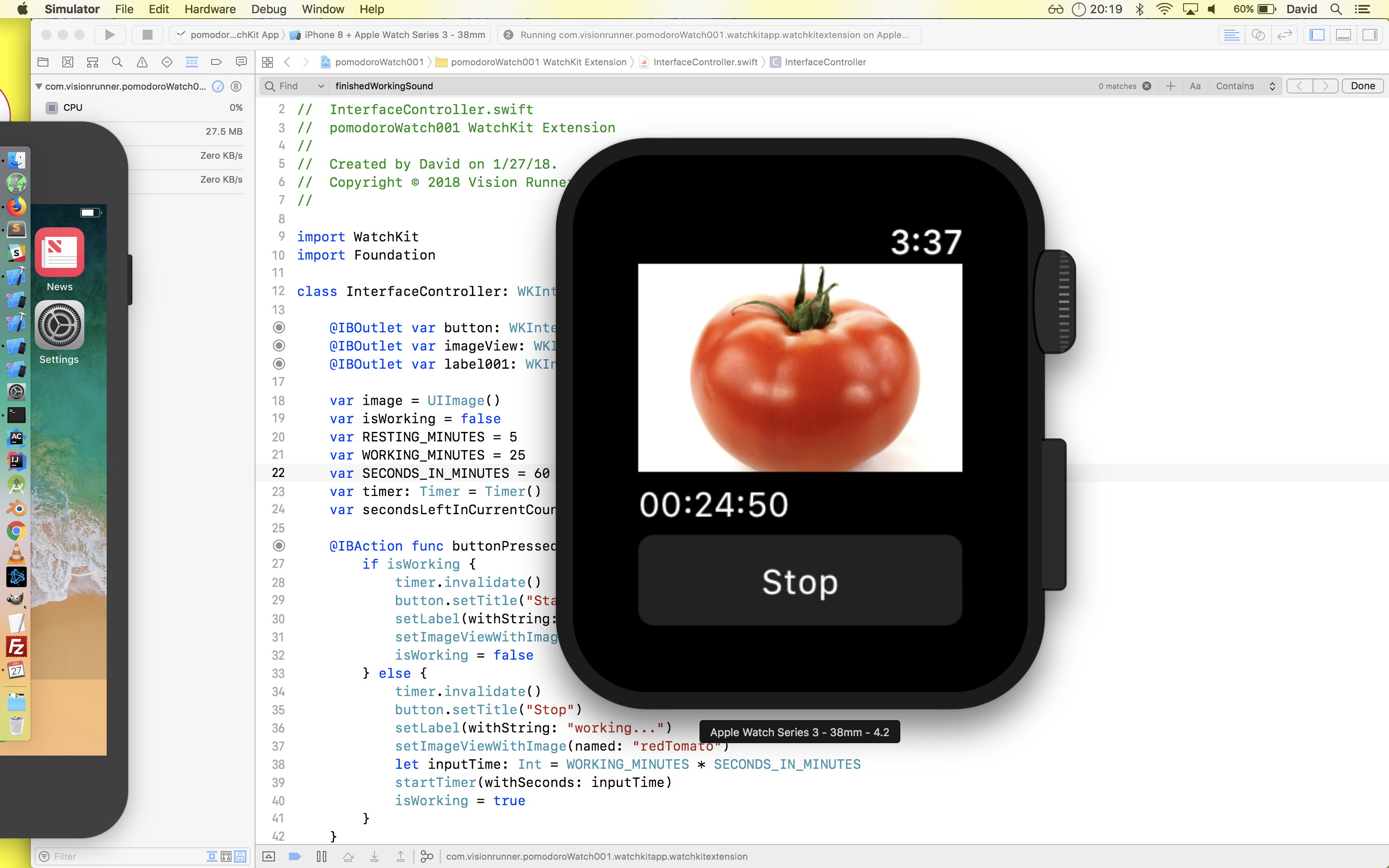 People love sudoku! This meetup generated so much attention and resulted in a large number of new developers attending. People love group work. And the chance to share how they would solve something with a computer.

Here’s how I ran this meetup. It’s different from the usual format. During this meetup, I had everyone raise their hand if they had played sudoku before. All hands went up. They obviously all knew how to solve the puzzle.

Next I had everyone count from 1 – 8. There were eight of us there. Each 1 got paired with the other 1. Each 2 got paired together, etc. Next I had them meet with their team mate, whom they’d never met before. And they brainstormed ways to have the computer solve the puzzle.

I gave them 15 minutes and set a timer. Everyone jumped up to start whiteboarding and the sound in the room grew. The timer chimed at 15 minutes and I asked if anyone wanted to share their solution.

O’Neil offered up his solution. It was exactly like mine. I looked around the room and asked if anyone had solved the puzzle in a different way from O’Neil’s. And no one had.

Next I stepped through the code I had written. Leo asked if there was a way we could make the code more efficient. Then he and Chae and Koa got into a discussion. We arrived at the solution that Sudoku, as coded in my solution is a problem with an order of magnitude of n cubed.

Once we finished reviewing the code, everyone sat around and talked about ways to optimize, other projects, and Googles new OS Fuschia.

Here’s a link to the code I created to solve the Sudoku puzzle: https://github.com/Hawaii-iOS-Developer-Meetup/sudoku002

Next week I’ll be building a “hands-off” Pomodoro Timer for macOS. Please RSVP if you’re interested in attending!