I followed the Kitura: Running Inside a Docker container tutorial.

Let me know if you have any questions.

I’m preparing for a talk for the next Hawaii iOS Developer meetup. Chae wrote a bunch of Swift code to run on a server. But none of us have created the environment to run it: A server that runs Swift code.

That last screenshot shows Kitura running in Xcode in the console. Mission Accomplished. Next step, setting up Docker to run Kitura in a container.

Let me know if you have any questions about this write up.

During this meetup, Leo showed us how he converted his objective C project into Swift. During the presentation he covered many topics – shape views, gradients, container views, page views, and singletons.

I really appreciated the pace and clarity that Leo used to teach us during the meetup. During his presentation I also learned that he uses Sketch to mock up his designs before coding them. This made sense because he’s been saying that he’s going to start working on an Augmented Reality app but needs to design it first.

As the meetup drew to a close, O’Neil raised a question about Leo’s use of singletons to share code between his View Controllers. At the conclusion of this discussion on singletons Chae explicitly stated the following,

I love it when, through discussion and questions, we are able to stumble onto a clear and concise explanation for architecture decisions. Looking forward to more of these discussions.

We’re taking a break for Thanksgiving on the 23rd so there will be no meetup next week. We will pick back up on November 30th where we’re going to do something crazy that we’ve been talking about for a very long time – we’re going to install Swift on a linux server with Kitura.

Please RSVP if you’re interested in attending this meetup. 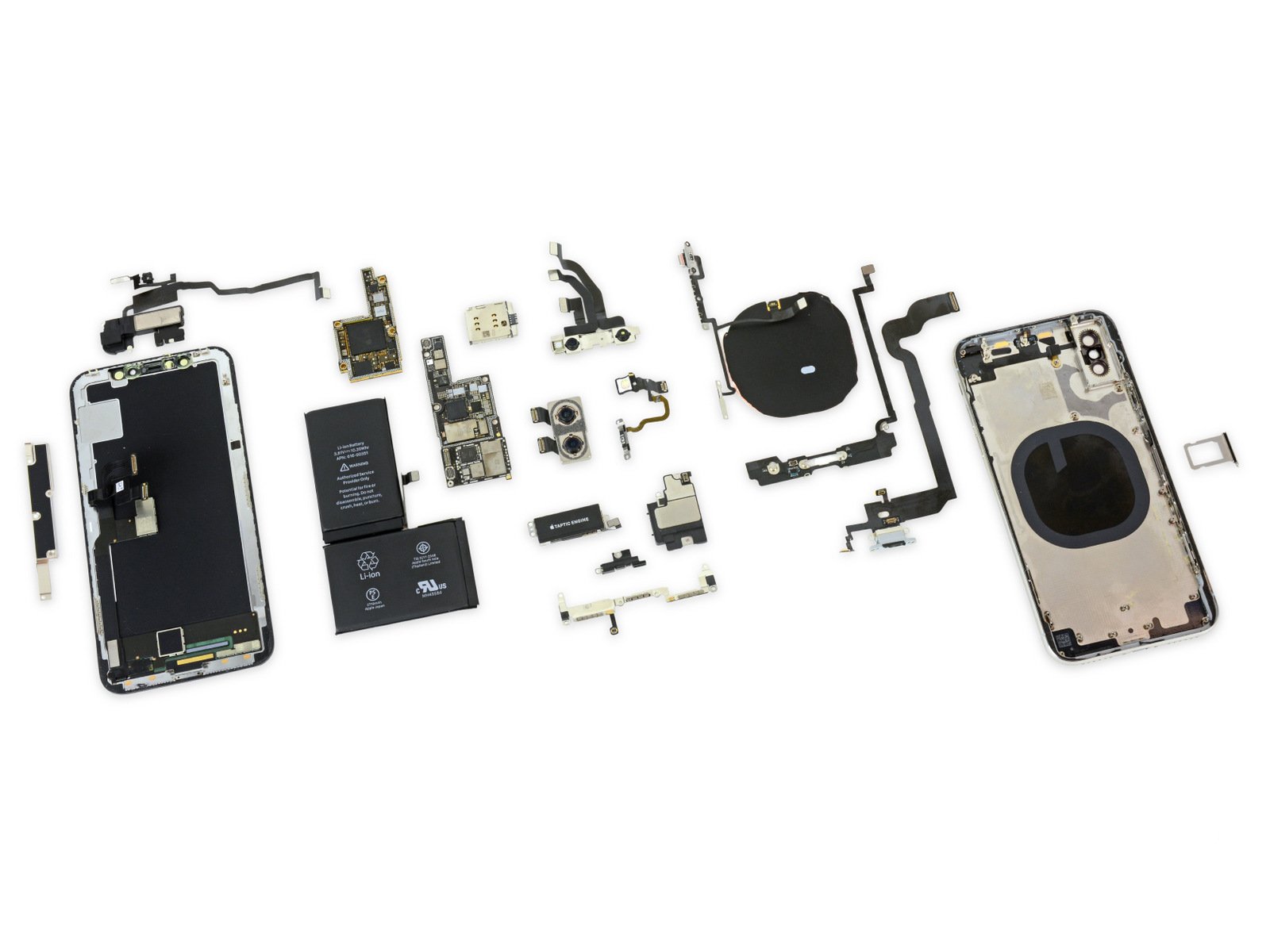 There’s no stream from this meetup to post, well there is, but O’Neil kept his email address prominently displayed during the screen capture and he asked that I not post it online – all good, I just need remember to watch out for this next time.

During this meetup, O’Neil showed us about Container Views. I gotta confess that I have never used a container view, but now that I know how to hook them up, I’m itching for a reason to use one in one of the apps I’m working on.

When you want to change the picture in the picture, you tell the containing picture to change what it’s displaying inside itself.

At the end of the meetup, Leo, asked if he could present at the next meetup. I was ecstatic. He’s never presented before and I really wanted this meetup to be a chance for people to stretch themselves. Glad to see it’s working. Bottom line, and I’m seeing it everywhere, is that you need to raise the expectations for people to give them something to strive for.

This is the fifth in 5 blog posts I will be doing on Adam Grant’s fantastic book “Originals: How Non-Conformists Move the World.”

A big part of my job is to research new technologies and determine how they can be leveraged to engage as many students as possible in thinking, planning, and reflecting on their student employment and cooperative education.

In this post I’d like to suggest 2 pro tips to get other people to believe in your original ideas:

When Facebook launched Farmville, I created a Facebook scavenger hunt game called OSAville (for the Office of Student Affairs). When Snapchat filters were big, I researched OpenCV and Python and created a computer vision visualization that superimposed a green mustache on the viewer. And when students commented that our social media posts were sounding too “businessy,” I created a Twitter clone and had a contest to find out who could write the best tweet.

Each idea required careful study to determine what outcomes I wanted to generate. On top of that, I had to pitch the idea to my supervisors. Some might say this is the hardest part of creating original ideas,

“This is the core challenge of speaking up with an original idea. When you present a new suggestion, you’re not only hearing the tune in your head. You wrote the song. You’ve spent hours, days, weeks, months, or maybe even years thinking about the idea. You’ve contemplated the problem, formulated the solution, and rehearsed the vision. You know the lyrics and the melody of your idea by heart. By that point, it’s no longer possible to imagine what is sounds like to an audience that’s listening to it for the first time.” – Adam Grant

That’s not to say that all of my ideas were approved. Some were approved the first time and some took more research and reframing to get at the heart of the idea.

Grant likens this necessary process to “the exposure effect – the more often we encounter something, the more we like it.”

Grant also provides step by step details on how to bring up your original idea often:

“Liking continues to increase as people are exposed to an idea between ten and twenty times, with additional exposure still useful for more complex ideas. Interestingly, exposures are more effective when they’re short and mixed with other ideas, to help maintain the audiences curiosity. It’s also best to introduce a delay between the presentation of the idea and the evaluation of it, which provides time for it to sink in. If you’re making a suggestion to a boss, you might start with a 30-second elevator pitch during a conversation on Tuesday, revisit it briefly the following Monday, and then ask for feedback at the end of the week.” – Adam Grant

His final tip on getting your ideas pitched and approved over time is to do something irrational – start with reasons why this is a stupid idea, why it’ll never work, or why it’s doomed to fail.

“When you are pitching a novel idea or speaking up with a suggestion for change, your audience is likely to be skeptical. Investors are looking to poke holes in your arugments; mangers are hunting for a reason why your suggestion won’t work. Under those circumstances, for at least four reasons, it’s actually more effective to adopt powerless communication by accentuating the flaws in your idea.” – Adam Grant

Why does this irrational approach work? Grant goes on to explain,

“When we’re aware that someone is trying to persuade us, we naturally raise our mental shields. Rampant confidence is a red flag – a signal that we need to defend ourselves against weapons of influence.” – Adam Grant

So maybe starting with the worst parts of your idea is better than looking like you discovered the fountain of youth:

“Unbridled optimism comes across as salesmanship; it seems dishonest somehow, and as a consequence it’s met with skepticism. Everyone is allergic to the feeling, or suspicious of being sold.” – Adam Grant

Be a prophet of doom with a killer idea:

“When people presented drawbacks or disadvantages, I would become an ally. Instead of selling me, they’ve given me a problem to solve. Prophets of doom and gloom appear wise and insightful while positive statements are seen as having a naive polyanna quality.” – Adam Grant

So now you know: you’re going to need to repeat your original ideas over and over again before other people start to accept them. Now you also know to lead with the potential deal-breaking attributes of your idea to look less manipulative.

I hope this post helped equip you for going out there and selling your ideas.  Got any questions? Contact me.

This is the fourth in 5 blog posts I will be doing on Adam Grant’s fantastic book “Originals: How Non-Conformists Move the World.”

A few years ago, I read an interesting story in the book “Art and Fear: Observations On the Perils (and rewards) or Artmaking” by David Bayles. The story stuck with me. In the book, Bayles tells a story of a ceramics teacher who decided to try something new with his students.

At the beginning of the class the instructor split the group in half and said, “This half of the room will be judged and graded on the number of clay pots you create in this class.”

Then he gestured to the other side of the room saying, “And this half of the room will judged on how well they made a single clay pot at the end of the class.”

Imagine my surprise when I heard the same lesson echoed in “Originals”:

“The best way to make good art is to make a lot of it. The odds of producing an influential or successful idea are a positive function of the total number of ideas generated. If you want to be original, the most important possible thing you could do is do a lot of work. Do a huge volume of work.” – Adam Grant

Bottom line: don’t get caught up in thinking about the final result. Focus on the next step. Hell, if you have the resources, make many drafts. Your first few drafts will stink of hesitation and clumsiness. Keep pushing through those shitty drafts and soon you’ll start to see less of your lumbering, plodding, doubt. And the finesse and elegance of your self-editing will make the art sing.

Be like the poet Mandy Kahn when she says, “I never think further than the single poem I’m working on when I’m working.”

Keep your head down and remember,

“Creativity is allowing yourself to make mistakes. Art is knowing which ones to keep.” – Adam Grant

Did this post help you get started? Email me, I’d love to hear about it.

David Neely
Create a free website or blog at WordPress.com.