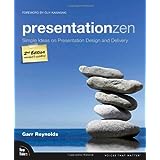 High concept involves the ability to detect patterns and opportunities, to create artistic and emotional beauty, to craft a satisfying narrative. – Reynolds

Our marketing team meets on the 2nd and 4th Tuesday of every month. We’ve been doing social for about 4 years.

During each meeting we count our followers and the number of clicks our content has generated.

During these meetings we’re seeing a surprising trend. The content we’re putting out is not engaging with students. The clicks are declining. Forget about retweets!

We need a voice. We need a persona. People need to sense that a real human being with a real personality made up of intense likes and diverse interests lives just behind the @.

“Welcome to the Twitter Challenge! Youʻre going to have 5 minutes to market our Pocket Workshops via Twitter,” I announced to the student employees at a student staff meeting. I had created a fake Twitter page and put it up on the server.

“Whoever comes up with the best tweet to market these workshops will get — the respect of their coworkers.” I messed up and didnʻt have a prize to give away. Too focused on the code. Remember prizes for next time.

“Ready,” I placed my left thumb on alt key.

“Set,” my left pinky searching for the tab.

“Go!” and I slammed down the key combination revealing the bit.ly url to post on my fake Twitter.

They killed it. In 5 minutes they were able to generate 21 solid engaging tweets that did not sound like business-speak.

Emotional beauty comes from our multiple senses hitting simultaneously to elevate the experiencing a viewing work of art.

When asked  how he created such a beautiful statue, Michaelangelo said that he saw the statue within the marble block, carved it out, and freed it. He saw the potential of the block of stone and pulled it out.

The fact that we know the story behind this beautiful piece of art is what makes the it that much nicer. One block of stone, and this marvel comes out.

True mastery of craft, with applied focus, reveals art by connecting the narrative story with the object that has been created.

Travis Kalanick and his friend had an idea for a taxi service that would allow people to hail a taxi with their phone.

No one thought it would work.

Instead of listening, he got to work testing his idea.

First he drafted up a simple app in a weekend that would allow his friends to hail a cab from anywhere in the city. Then he hired a driver to respond to the requests. Then he gave the app to 10 friends.

People used the service once.

Then he found that all of them were reusing the service.